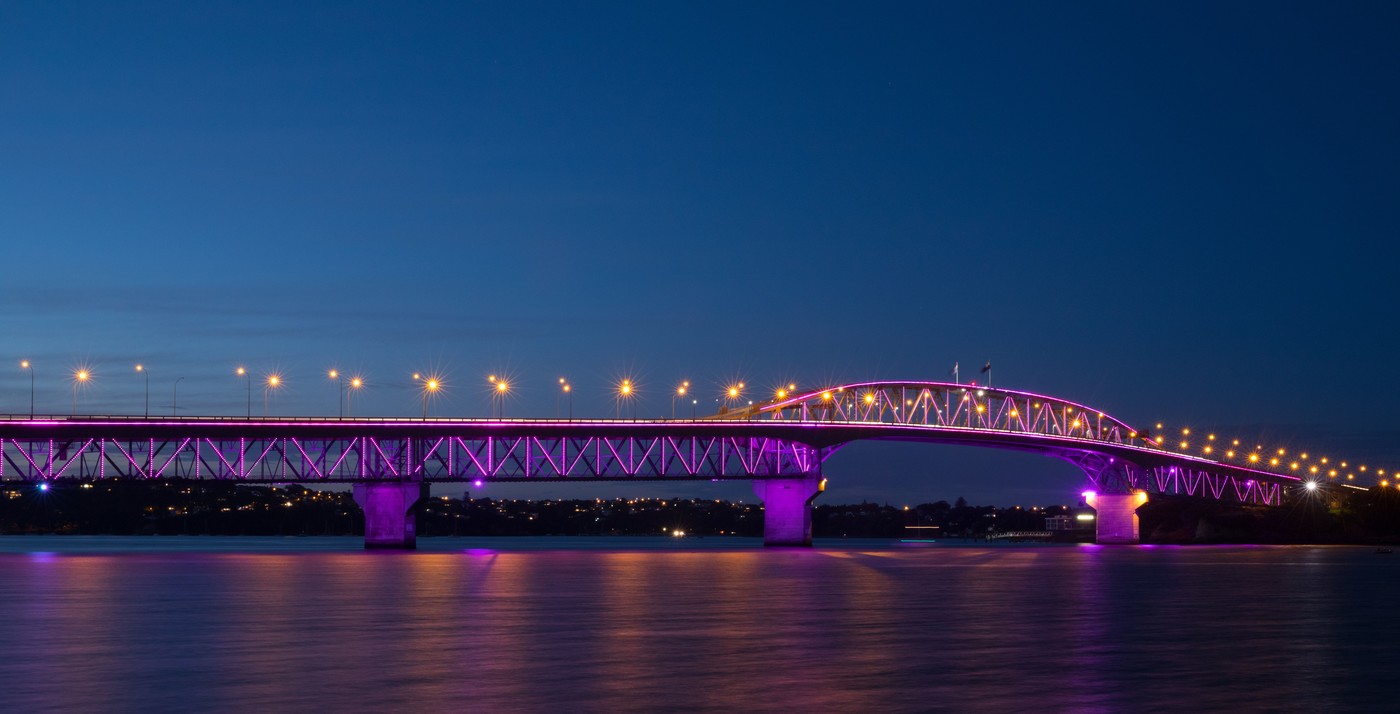 For the first time, Vector Lights on Auckland Harbour Bridge and the Queen Street Lights will be lighting up pink for Breast Cancer Awareness Month this October, in support of Breast Cancer Foundation NZ’s (BCFNZ) annual Pink Ribbon Street Appeal.

Vector Lights and Queen Street Lights will be joining Sky Tower in Auckland, along with dozens of other landmarks around the country, to take part in the Global Illuminations campaign – which sees landmarks and sculptures in 140 countries bathed in pink to promote global awareness of breast cancer. The Sky Tower has been a long-standing partner of the campaign, taking part every year since it launched in 2000.

“Māori and Pasifika women are at greater risk of dying from breast cancer than any other ethnicity. As the largest Polynesian city in the world it is important for us to champion the kaupapa (purpose) around breast cancer awareness. That’s why I’m delighted that Vector Lights, our smart energy showcase for Auckland, will be joining other global landmarks in lighting up pink to support the great mahi the Breast Cancer Foundation do. If more women go and get screened as a result of seeing the Harbour Bridge lit up pink, then that is a great result.

The campaign runs for the entire month of October and ends with BCFNZ’s major fundraising event, Pink Ribbon Street Appeal on 30 and 31 October. Sky Tower will be in pink from 1 to 4 October, Queen Street Lights joins in 1 to 9 October, and Vector Lights will be pink from 12 to 18 October. Money raised through the appeal will fund research into new targeted treatments, life-saving awareness initiatives, education programmes, and support for New Zealanders going through breast cancer.

Evangelia Henderson, chief executive of BCFNZ, said: “Vector Lights on Auckland Harbour Bridge and Queen Street Lights are such iconic sites and we’re thrilled to have their support for Breast Cancer Awareness Month for the very first time. Seeing the Harbour Bridge, Sky Tower and Queen Street Lights bathed in pink is such a powerful visual reminder that nine Kiwi women are diagnosed with breast cancer every day – it’s still the most common cancer for women in our country. We hope New Zealanders will get behind this cause and donate generously to our appeal, so that we can continue our crucial work to see zero deaths from breast cancer become a reality.”