Thermography, a technique which uses a thermal camera to record heat distribution in the breast, isn't supported by BCFNZ.

Thermography has previously been promoted as a breast screening tool which doesn’t use radiation.

Its use is based on the theory that blood flow and metabolism are increased around a breast cancer, causing a measurable rise in skin temperature.

Currently the technology is unable to reliably detect small cancers or cancers deep in the breast tissue. It is significantly less accurate than mammography (which has a sensitivity and specificity of more than 90%) and is not a diagnostic tool, nor a stand-alone breast screening tool. It is unable to diagnose breast cancer and does not replace a mammogram. It is not used anywhere in the world on a breast screening programme. 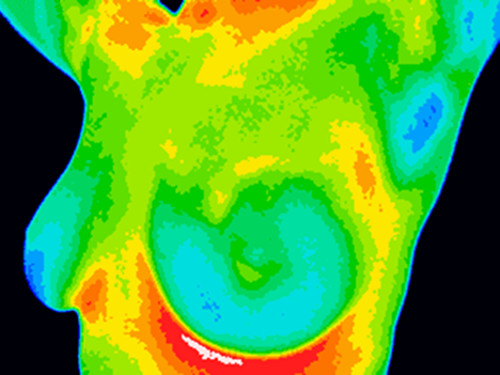