Celebrating 20 years of being cancer-free 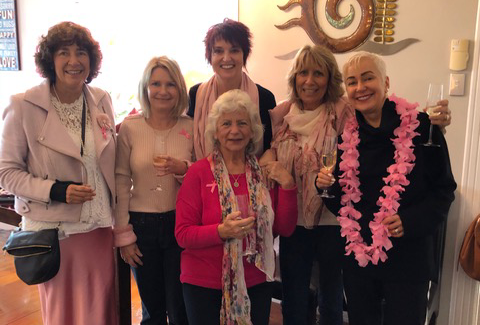 Vicky Newman, a mum of two from Kaukapakapa, was just 34 years old when she was diagnosed with breast cancer in 2000. She had a mastectomy and chemotherapy, but less than a year later, Vicky learnt the cancer had returned in her neck.

Despite being told she wouldn’t survive, Vicky responded well to an international clinical trial for Herceptin and has been cancer-free ever since. She wanted to celebrate 20 years of being a cancer survivor by hosting her first-ever Pink Ribbon Breakfast.

Vicky said: “Going through this was a huge eye-opener on what’s important in life, and that was to be there for my children and husband. I just thought what doesn’t kill you only makes you stronger. Seeing as I’m still here, 20 years later, I thought it was time to celebrate with my friends and family, raise some money and give back".

“For me, reaching 20 years is a pretty significant milestone after being told you aren’t likely to survive. I want to spread the message that a lot of people can live with cancer, and survive.”

At the time of writing, Vicky has raised a phenomenal$12,170 through her Pink Ribbon Breakfast – well done and thank you so much, Vicky, and all of the wonderful whānau and friends who supported her!!!