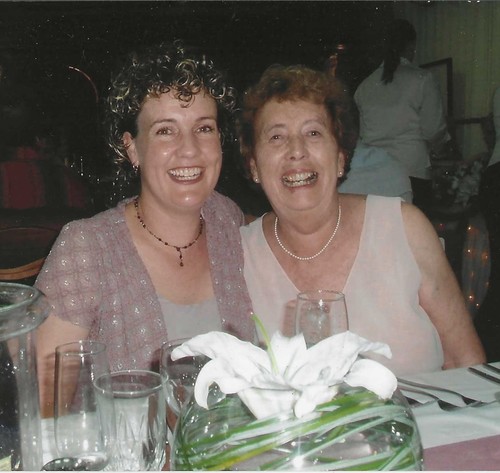 Judith Beattie, a specialist breast nurse at Breast Cancer Foundation NZ, speaks out about losing her own mother to breast cancer nearly three years ago. 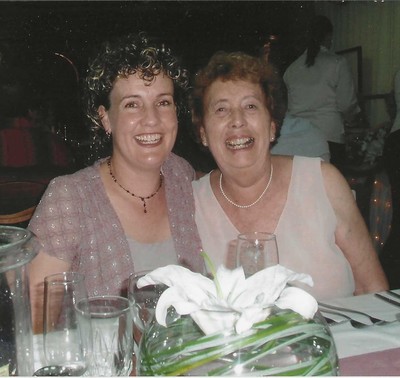 Mum was 67 when she was diagnosed with breast cancer in 2005. She’d missed a mammogram and one day noticed a whole section of her breast was rock hard. She didn’t tell any of us until she was going to see the specialist. Afterwards, she told us it was breast cancer and that it was serious. Back then I didn’t know much about breast cancer and she never explained the details.

I was shocked when she told us. You always think your mum is invincible. The timing was terrible, my son had just turned four and my twin daughters were one. We went from a situation of my parents helping me with having a very busy home life, to all of a sudden me having to help them. At times I really felt the pressure of being in the ‘sandwich generation’. Dad was also unwell so both him and mum needed me, while the kids also needed me too.

Mum had a mastectomy, then radiation therapy, and then she was put on tamoxifen for five years. She didn’t have chemo. Now that I know all that I know, I wish I’d asked the details, like whether or not the cancer had spread to her lymph nodes.

She’d been advised to stay on tamoxifen for longer than five years, but she didn’t do well with the side effects so decided to come off it. She then had an episode of chest pain in 2012 and went into hospital. They found it was nothing to do with her heart and that the cancer had grown back and was pressing into her chest. For the next few years the doctors tried her on different medications which made the cancer go away but it kept coming back. She kept developing a resistance to the drugs. By 2016 the cancer had really progressed. She passed away 12 years after being diagnosed, in August 2017.

At the time I was working in a hospice. I’d left midwifery because it was a very demanding job and I wanted to be around more when mum was becoming more unwell. What I’d learnt working in hospice was helpful because I understood about the symptoms mum was having. I was fully expecting that I’d have to stop work and nurse her at home. But she suddenly became unwell with what we thought was a chest infection, which turned out to be pneumonia. She was rushed to hospital, unable to breathe, and passed away over the space of a weekend. It was a shock that it happened so quickly, but I think also a blessing that she didn’t have to go through the final stages.

My favourite memory of mum is how proud she was to be Welsh. She still had a very strong Welsh accent, and Wales was always home to her. When I was at university I did a paper about dying and one of my tutors had done her PhD on what it’s like to die in a country where you didn’t grow up. So, I was thankful to have that inside knowledge as it got me thinking about mum’s experience being Welsh and spending her last days in New Zealand. It allowed me to have that conversation with her when she was still relatively well and I had the chance to ask if she wanted her ashes taken back and the connection she still had with Wales.

My brother and I have both had trips back to the UK since mum passed. About 18 months ago I took my kids to meet the extended family which was so nice because they hadn’t met their cousins and other relatives. My brother also took mum’s ashes back and scattered them, I think she would have been happy with that.

It’s always a bit strange celebrating Mother’s Day when you’re also a mum yourself. You want to honour your own mum while your family wants to honour you, you’re almost split over how to spend the day. The first Mother’s Day without mum was really hard. There was a massive gap without her there. Her birthday is also in May so we had been out to her favourite restaurant to honour her. My brother and I got together again at the anniversary of her passing as well. It’s definitely brought my brother and I closer together, by dealing with our loss together.

If I could speak with her now, I hope she’d be proud of how everything’s turned out. That my brother and I have managed ok, and that our family is still close. She probably worried that if she wasn’t there to co-ordinate family get-togethers they wouldn’t happen, but we’ve still made them happen.

I guess because of seeing mum go through breast cancer, and also watching a close friend go through breast cancer after she’d had her baby, was what drove me to specialise in breast cancer nursing. I’d been a midwife for 22 years before I went to Hospice. While there, I was in awe of how caring the nurses were, so that led me back into nursing. And I think being a midwife had given me a strong affiliation with women’s health and I was feeling the need to be working with women again, so that’s what attracted me to the role at Breast Cancer Foundation NZ (BCFNZ). Having worked there for almost two months now, I’ve loved going to work each day knowing that we are making a difference to women’s lives, through the conversations we have and the specialised support we provide.

Judith is 50 and lives in Botany, Auckland, with her husband and three children (a 19 year old son and 16 year old twin daughters). As a specialist breast nurse at BCFNZ, Judith provides expert advice through the organisation’s free 0800 phone line and supports the online breast cancer community through BCFNZ’s app, ‘mybc’. She worked as a cancer pathway co-ordinator and in breast screening at Counties Manukau before joining BCFNZ.