Bathsheba at her Bath

This masterpiece tells the story of Bathsheba receiving a letter from King David, recounted in the Second Book of Samuel. The King was courting Bathsheba, who was already married. The note signifies the King’s request for Bathsheba to meet him, which she could not deny.

The model Rembrandt used was Hendrickje Stoffels, who was also his lover. Neither he, nor she, could have known that the dark patch he painted on the underside of her left breast was a sign of breast cancer that we can recognise today. 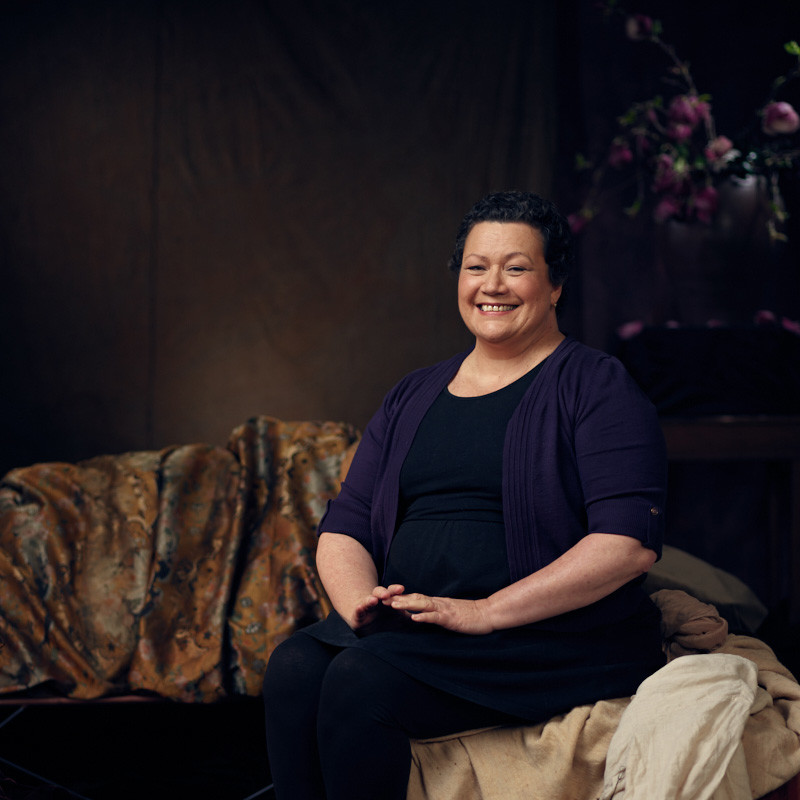 I am a 54 year old Maori woman. I’m married with three children, a daughter aged 36 and two boys aged 20 and 17. I live in Pukekohe and I was diagnosed with breast cancer last year in July.

I found a lump in my right breast and when I went for a mammogram, cancer was found in both breasts and had spread to my lymph nodes. I had a bilateral mastectomy in September 2016 and have undergone reconstruction – an implant on my left and an expander in my right, waiting for work to be done later. Chemotherapy and radiotherapy was completed at the end of May.

I have seven sisters. One of them had breast cancer when she was 39, and she is a survivor of 17 years.As far as we can determine, we are the first in our family to have breast cancer.

Being diagnosed with breast cancer leaves you with an overwhelming feeling of the unknown. I am very lucky to come from a supportive family. My husband was able to take time off work when I underwent chemotherapy and my daughter came to care for me on days when I was feeling unwell, bringing with her our latest addition to the family, a beautiful granddaughter, who was always a great tonic, along with our #1 granddaughter who is now 12.Our boys helped in their own quiet way and although I have lost my parents, this journey has been made easier with the support of my sisters, their families, my aunties, uncles, cousins and friends.I was also very fortunate to have an empathetic boss, she enabled me to take as much time off as was required, without any pressure.

If I have any words of advice, it is to check your breasts regularly and have mammograms when they’re due. Stay positive and don’t be afraid to ask for help if you need it. But most importantly, surround yourself with positive people, who make you laugh. Laughter truly is the best medicine. I know that living now in 2017 means that I am a survivor. Treatment can sometimes be harsh, but it saves lives and gives you hope.It means I can see my boys grow into men, I can see the wonderful job my daughter is doing as a mum and of course enjoy the grandchildren we have and the ones still to come.

I feel as though I have been given a second chance. It opens your eyes to what and who is important in life, it makes you want to take the time to “smell the roses” and enjoy each and every moment.

I am proud to show my scars and share my story if it will make more women aware.

This painting tells the story of Orpheus, a legendary musician who went to the Underworld to rescue his lover Eurydice. The Gods allowed Eurydice to journey there on the condition that once he rescued her, he must lead her back to earth by walking in front of her and not look back. The painting depicts the moment where Orpheus is mid-glance before looking back at Eurydice and breaking his promise to the Gods.

A similar tragedy awaited the unknown model in the piece, whose abnormality in the

upper quadrant of her left breast was painted by Rubens. 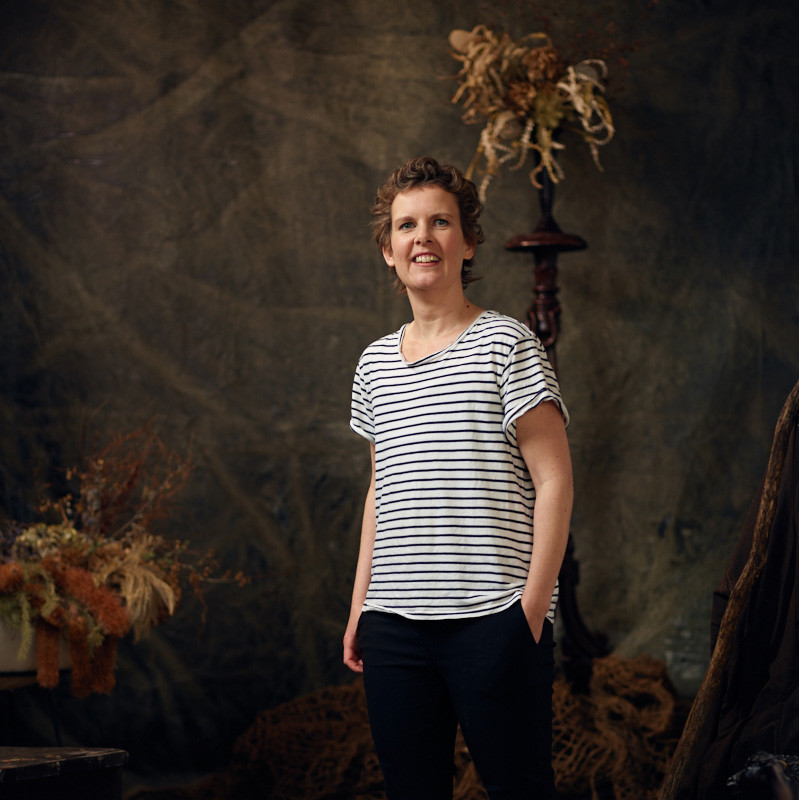 My youngest child had just turned one and he had a bit of an obsession with my boobs. He had repeatedly hit me in my right breast, causing me to bruise a little, which also made me feel my breast. That’s when I noticed a lump. I was quite a regular checker so was aware of my ‘normal’.I had just finished breastfeeding so didn’t think much of it, but thought I’d better check it out.

My GP sent me for a mammogram and ultrasound, followed by a biopsy, which found cancer. From that day forward it was all about how to get rid of it.I had a lumpectomy, which revealed that it was worse than first thought.I had to have a mastectomy, six months of chemo, three weeks of radiation and a year of Herceptin.

From the beginning I told my surgeon I’ll have a double mastectomy and won’t reconstruct. I remain flat chested and don’t wear any prostheses. For me (and I stress “for me” because everyone is completely different and there are no wrongs in these decisions) I couldn’t really see the point in having reconstruction. My breasts had done their job, they had fed my three children and what more did I need?My breasts didn’t define me as a woman and didn’t make a difference to who I was.I believed I would still be gorgeous without them so who needed them? Besides, I was sure it was going to make it easier to be a good runner!

My plans for the future are my family. My plans are to be here to see them grow old just like anyone else really. Staying healthy is obviously a huge priority and my family is my motivation.I have a huge appreciation for how precious and amazing our bodies are and how important it is to look after them.

Early detection is hugely important - it can literally save your life.We all need to stop being blasé about it - you have a responsibility to yourself to check, get checked and know your normal.

By doing this campaign, and not hiding, I want to show people that they have options and the decision is theirs - and theirs alone - when it comes to surgery.I got so much support while I was going through this, from family, friends and strangers, I feel that this is a way of giving back and supporting a fantastic cause.

Dating from around 1609-1610, Samson and Delilah tells a story from the Old Testament. Samson, who is fast asleep and draped over Delilah’s lap, is about to have his hair cut by a young man. His uncut hair was coincidentally the source of his strength and power.

Delilah, with her breasts exposed, stares solemnly downward at Samson. Upon close inspection of her right breast, medical experts have agreed that her inverted nipple, dimpling in the lower part of her breast and retraction of skin are all signs of breast cancer. 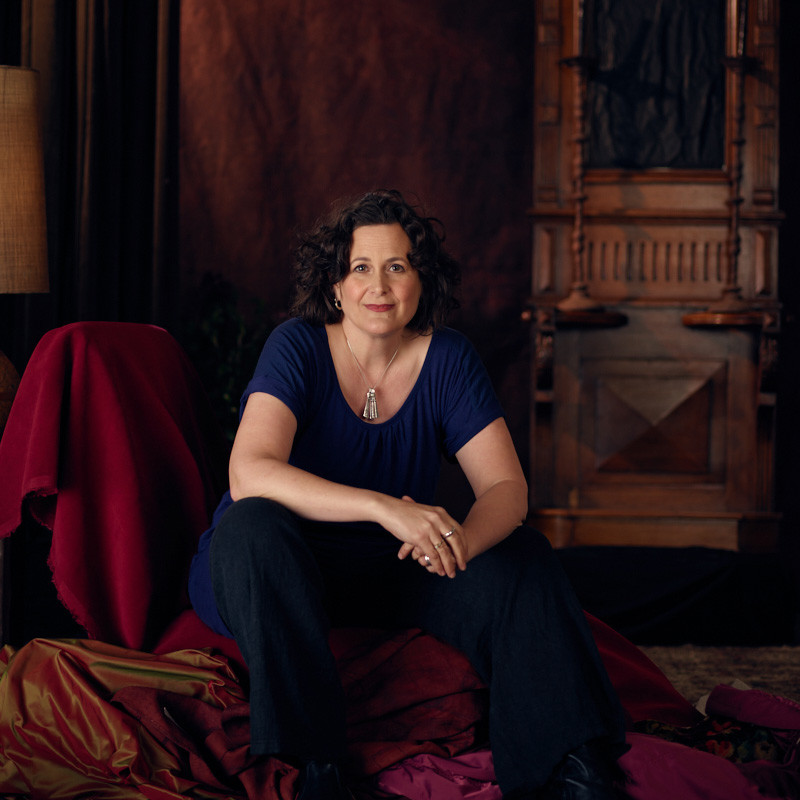 I’m 51, a Hospice Shop manager, living in Browns Bay. I was 35 when I found a lump in my right breast. I was lucky and had found it early. I had a lumpectomy, chemo, radiotherapy and five years of hormones.

No one can ever prepare you for such a life changing diagnosis but I had great doctors and fantastic unconditional and unending support from my partner Dave, and I made some good new friends at that time. After the radio' and chemo' finished we moved to Nelson and started a new life. But nothing is ever simple and at my next mammogram more cancer was found in my other breast. I elected to have a double mastectomy with Tram Flap reconstruction. It’s hard to explain how much my confidence was knocked by the second diagnosis but I eventually bounced back - it just took a lot longer than before. I looked for silver linings everywhere - the biggest one was getting a slimmed down pair of boobs that I am so happy with, a flatter tummy from the Tram Flap and a good perspective on what is important in life. I also got a tattoo!

I’ve made friends with women who have travelled the same path and survived. I paddle a Dragon Boat with 22 of them and they are all unbelievably amazing!

I studied art history at university and love the curvy female models of Rubens. I was amazed to hear how modern doctors were able to diagnose breast cancer from the paintings. I took part in this campaign to illustrate how lucky we are to live now with such amazing treatment. We can survive whereas those models did not.

Also, who wouldn’t want to be made into a beautiful painting?!

One thing that is important to me is to be a positive face for breast cancer survival. I felt very alone when I was diagnosed, but now I know there are lots of us out there and we are doing well. I’ve just celebrated my 15-year cancer-free anniversary; I intend to celebrate quite a few more.

Know your breasts. Check yourself regularly. If you are worried go and get checked early, because knowledge beats breast cancer. Don't wait. Now is good.

We're a not-for-profit charity so it's your generosity that keeps our education and support programmes going. Your donation can make a difference.