Promising results from the MonarchE trial could give hope to women with high-risk HR-positive, HER2-negative early breast cancer. Those with high-risk early breast cancer are more likely to see their cancer return after treatment, but the trial found that abemaciclib, a CDK4/6 inhibitor, could significantly cut this risk by 25%. Only 7.8% of patients who were given abemaciclib along with hormone therapy saw their breast cancer return, compared to 11.3% of those in the control group. The reduction in cancer recurrence was mostly seen with cancer that had spread to other parts of the body, particularly to the liver and bones. The results are especially exciting, as so far abemaciclib is the only CDK4/6 inhibitor reduce the risk of recurrence for early breast cancer, after trials with Ibrance (palbociclib) didn’t get the expected results.

The monarchE trial had trial sites in Auckland, which recruited the most patients out of any centre in Australasia. Dr Reuben Broom, a medical oncologist in Auckland and a principal investigator on the trial, said he was “delighted to hear about the significant positive results” from the study. “If these promising early results hold up over time this could represent one of the most meaningful improvements to endocrine therapy in the last few decades for patients with this common breast cancer subtype. We are very appreciative of the patients who put themselves forward for participation in the MonarchE study.”

Michelle McAteer-Ross, a patient who took part in the study and wrote about her experience, says, “I have recently finished my two years of taking Abemaciclib and it was pretty amazing to hear at my last clinic visit that the preliminary results are showing that the drugs are working and there are positive signs that it is helping prevent cancer coming back to ER+ cancer patients.” 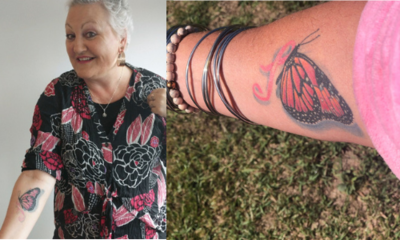 “It is a little bittersweet as I also think of the ladies that were on the trial that didn’t get the drug so have missed out on two years of ‘protection’. It was always a 50/50 chance of which arm of the trial you ended up on and at the time I was very happy that I was on the arm that received the medication.”

She adds, “I would strongly recommend going on a trial as not only are you helping all the other current and future breast cancer patients but you are also getting more regularly monitored which is a gives you peace of mind.”

The full study results can be read here.