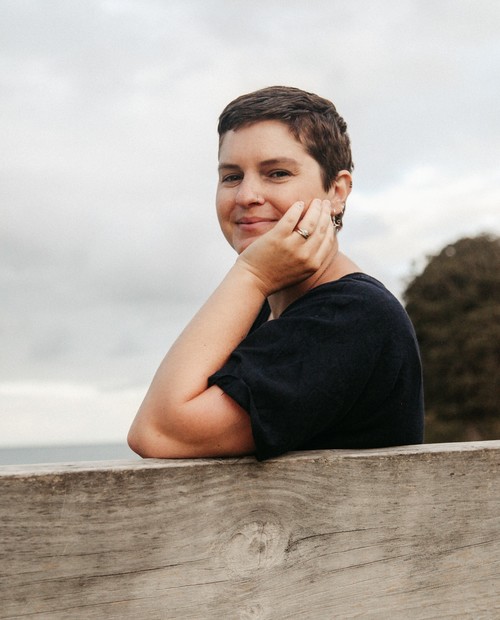 Talia was diagnosed with breast cancer in June 2019, when her son Navy was just 10 weeks old. She was forced to give up breast feeding, underwent six rounds of chemo and had a mastectomy, and fundraised over $30,000 in a week for emergency IVF and access to an unfunded chemotherapy drug. A year on, Talia says she’s through the worst of it – but has faced even more challenges of being a young mum trying to raise her baby boy in the post-COVID-19 ‘new normal’ …

On being diagnosed with breast cancer:

I was six months pregnant when I felt a lump on my right breast. I didn’t think anything of it at first. Breast cancer wasn’t in my family and I was fit and young. Call it naivety, or being in denial, but I didn’t think it could have been cancer.

When I took my son Navy for his immunisations at six weeks old I mentioned the lump to my doctor. She referred me to Greenlane Hospital straight away and I had an ultrasound, mammogram and urgent biopsy. That night I got a call to say I had a 26mm grade 2 lump in my breast. They also said it was stage 2 which meant it hadn’t spread to my lymph nodes, thank goodness. And I had the genetic test, which came back negative.

My first reaction was total shock. It felt like I was in a living nightmare. It was heart-breaking to tell everyone I love because I was meant to be in a happy place, I had just given birth to my first child. But I turned up to everything I was told to do – went to my appointments, went through the chemo, had the surgery.

Everything moved so quickly, I barely had time to process it all. I was drowned in so many appointments, scans, blood tests and appointments. On the Tuesday I was under general anaesthetic to get the Portacath inserted. On the Wednesday I was sedated in order to harvest my eggs (due an emergency round of IVF). Then on Thursday the chemo started, which took all day. This all happened within one month of my diagnosis.

There was no question about doing IVF, our family wasn’t complete so we had to do it. But it threw me when I’d just had a baby and then my body was flipped completely upside down, trying to make another baby again. Luckily, my body was amazing and coped with it well, all considering.

The side effects from the chemo were debilitating. I lost my hair. I couldn’t talk or smile because I got horrendous mouth ulcers. I had aches and pains all over my body and was nauseous. The fatigue was so bad, some days all I could do was hide under the covers.

In December, two weeks after I rode out the last of my side effects, I had a single mastectomy with reconstruction and tummy tuck (DIEP), all at the same time. I was considered high-risk because of my young age so I got pushed through the system quickly and they were all brilliant. I’m so grateful for the public health system we have in NZ. All of my nurses were beyond incredible, they made me feel worthy. I kept my dignity throughout it all, even though there were multiple times I could’ve lost it.

My amazing family and friends managed to raise over $33,000 in the space of a week to pay for my IVF and also a chemo drug that isn’t funded, pertuzumab (Perjata). At first I wasn’t very clued up about the drugs but once my doctor told me pertuzumab could increase my chance of a better response by about 10%, I knew that I wasn’t going to let money be an issue. I knew I had to find it some way or another, because I had to throw everything at the cancer.

We also had to find $10,000 literally overnight for the IVF. Unfortunately, that couldn’t be funded because I already had a baby. That sucked, as it felt like it wasn’t my fault I got cancer and my family wasn’t complete.

On raising a new-born while going through breast cancer…

Being away from Navy was incredibly difficult. I stayed in hospital for a week for the surgery, when Navy was eight months old. Then when I went through chemo, every three weeks I would start a new round and Navy stayed with my mother-in-law for ten days at a time because I was too sick to look after him. During the chemo I was also admitted to hospital twice – I got a kidney infection and also had a reaction to the cortisol injection in my hand. But there wasn’t a day that went by that I didn’t see him, no matter how unwell I was.

The most traumatic thing was having to stop breastfeeding because of the IVF and chemotherapy drugs. I carry a lot of grief over this. I ended up giving Navy donated breast milk from 12 to 15 mothers who were feeding him exclusively until he was six months old, because I felt so strongly about breastfeeding. That was a way for me to maintain some control where I was losing so much control.

To say that it’s been heart breaking having so many moments stolen away from me and my baby is an understatement. There’s been a lot of grief that I need to work through to make sense of all my losses that I’ve had with him. But on the flipside, I always try to focus on what I’m grateful for -- because despite this wild ride, I’ve seen a lot of beauty. My community so generously raising funds, so many delicious meals dropped off on our doorstep and so many thoughts and prayers from around the world. And so much unconditional love and support from my family and friends who have been on the battle front with me.

On life under lockdown, and the future…

I’ve faced a massive lifestyle change, after coming back to NZ having lived in New York for six years. My husband is a DJ and music producer so we lived it up and had a great time. But we were missing our family, and nature, so it was time to head home. But I never imagined what I’d have to face since moving back.

Overall, I’m feeling pretty good now, which has actually messed with my head. To go from being healthy, to being told I have cancer, then being sick and now feeling quite well – it’s been one hell of a journey. But there are still hiccups that come along the way, so it’s like three steps forward, two steps back.

I’m still on active treatment – I have to take hormone therapy tablets (tamoxifen) for 10 years and that comes with a range of side effects. I’m also getting targeted therapy (Herceptin) three times a week at the hospital. So I’m through the worst of it, but I’m still in a wobbly time. My world was a baby, then cancer, and now I’m coming out from that. I’m still trying to figure who I am.

The Covid lockdown was really hard as it forced my life back into pause again. Not having my support system was the biggest challenge. I’m a very social person, I’m someone who needs my people and my community. It was so tough not being able to take a support person with me when I went for treatment. It’s unpleasant enough as it is, without having no one there with me.

We were staying at my in-laws’ beach house in the Coromandel during lockdown. Being able to get to the beach was my therapy but I really missed my independence. I lost my independence through cancer and just as I was getting it back, the lockdown started. All of it has made me a real pro at uncertainty.

Navy is doing great, he’s really thriving. He’s now walking and saying a few words. He’s had a village raising him, in every sense of the word. My bond had weakened with him while I was sick but it’s become stronger now. He’s the light in our darkness and the reason we get up every day.

He turned one at the beginning of April, and it was my 31st birthday the day we went into lockdown. It’s such a shame because they were two big milestones I wanted to celebrate, so it was a bummer we couldn’t acknowledge that with our friends and family.

I’ve been doing physiotherapy, which has been funded by Breast Cancer Foundation NZ (BCFNZ). It’s been so beneficial in rebuilding my strength and mobility. It means I can do more with Navy – I can carry him and change him and do everyday tasks that we often take for granted. I love throwing him up in the air and catching him. I was so worried I wouldn’t be able to keep doing that but it’s because of the physio that I still can.

Thanks to BCFNZ I’m also able to get preventative lymphoedema therapy to deal with cording – a side effect from the mastectomy where it feels like there’s a rope in your arm. The therapy will help to make sure I don’t develop lymphoedema.

Now I’m just taking things one day at a time. I have big dreams of moving into our own house and forming our own family unit with me, my husband and my baby. Even though I’ve gotten through the worst of it, I still feel I’m in the thick of it, so thinking too far ahead can get overwhelming.

One thing I noticed when I was first diagnosed was that all of the brochures showed older ladies, so none of them spoke to me. I was young and healthy, I didn’t drink or smoke and I exercised regularly, yet cancer still hit me. It just shows it can get anyone. As cliched as it is, I want to use my voice to raise awareness about breast cancer. I want to remind other young women who are just like me to check themselves regularly, and to support them in their own journey as it can be so isolating at times.