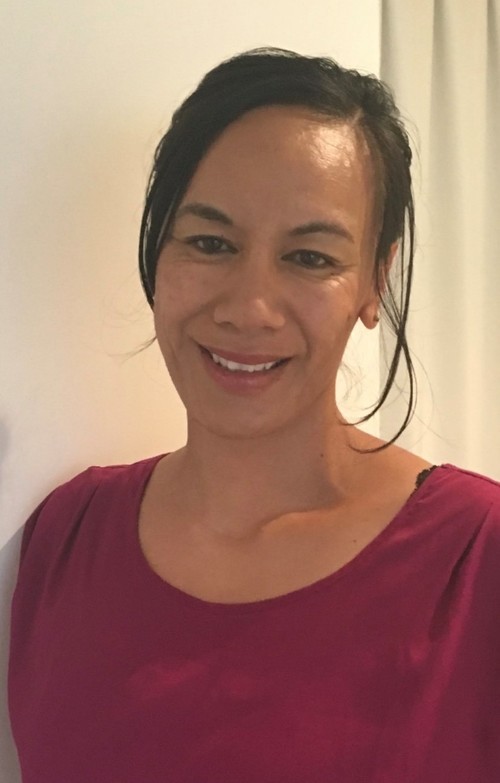 Kara's story is part of a series looking at the many and varied experiences of breast reconstruction and the decisions behind a woman's choice to have reconstruction or not.

Kara (Te Rarawa, Waikato, Ngāti Awa) was diagnosed with high grade DCIS and recently had a mastectomy with immediate DIEP flap reconstruction. She shares her experience of reconstruction and how she made her choice…

I was diagnosed in mid-March 2021 at age 45 after an annual mammogram picked up some calcifications. I had a couple of biopsies and an MRI and they found I had DCIS in multiple places in my right breast. The surgeon recommended I have a mastectomy and sentinel node biopsy.

I went to see the reconstruction surgeon to talk through my options and he discussed with me the choice of getting implants and a DIEP flap. Importantly he highlighted the option of no reconstruction, that I could go flat and that reconstruction was something I could decide on much later down the track. Upon examination, implants weren’t a viable option as my breasts were too large.

As I’m a considered thinker, I did some research but tried not to over-research my choices on Dr Google! I researched what it would be like to be flat, looked at images and read other women’s stories. When I researched the DIEP flap, I watched a video on YouTube of the procedure but I stopped a minute into it as it was pretty graphic. I thought I didn’t need to know all of that – just needed to trust that if I went that way, the surgeons would know what they were doing. I also talked to three other women about their experience with DIEP flap reconstruction individually. It was really helpful hearing other women’s stories.

I got a second opinion, which I didn’t know was an option. I felt very comfortable with the surgeons I had, but a friend had said, “if you were to fix your house or buy a car, wouldn’t you get more than one quote? Why wouldn’t you do the same for your body?”. I loved my surgeons, but meeting another surgeon and getting another perspective was really helpful. She was reassuring of the path my surgeons were taking and what they had considered in making their recommendation. I could ask her questions I didn’t think of in my initial appointment and she was able to give me a different perspective. She had done DIEP flap reconstructions and showed me photos of how it would look. I left the session feeling confident in my surgical team and the approach my surgeons had chosen. I felt ready to make my decision.

I had surgery in mid-May and going into the operation I felt nervous. I knew I had to have a mastectomy, this was a given. But the DIEP flap felt like an elective surgery – I felt it was cosmetic and not necessary. I struggled a bit with it and also felt a bit of anger towards my ‘sick’ right boob. I had focused a lot of energy on getting into a positive mindset before surgery and before I went in I was at peace with where things were. I thanked my right breast for 45 years of life and for feeding my two sons. I reconnected with my body and my love for all of it, wobbly bits and all. I had spent most of my life never happy with my flabby tummy, but now I loved it because it was growing so I had the option of a DIEP flap. My final decision was driven by my psychological need – a need for me to wake up and look down, and see something that resembled a breast. That was a driver for me.

When I went into my operation, my expectations were pretty good. My surgeons did a good job of preparing me, but I also talked to others about what to expect in the first 24 hours after surgery, what the pain would be like and recovery. After the eight-hour surgery, the first thing I did in the recovery room was look down and I saw this thing that looked very much like my boob. I was so happy I’d made that decision. I really do believe that set me off on a good path to a positive recovery. It’s been a really positive experience, one of the best decisions I’ve ever made.

I’m a month out from surgery and recovery is going really well. The healing is great and my surgical team is really good in terms of support. What I’m trying to do is manage my impatience levels. I feel really good inside so I’m trying to go back to normal but I have to take it slow.

For other women looking into DIEP flap reconstruction, definitely talk to at least another couple of people who’ve been through the process recently, during the last 12 months. My surgeon offered patients who I could speak to, but they’d had reconstruction done 10 years ago and I know the procedure is now significantly different. I’d also highly recommend getting a second opinion.

My surgeons and other people that were involved told me that having a positive mind-set would help the healing process, which I was sceptical of at first, but I think that has made a huge difference. If you can, set some time aside before surgery to create space for you. Accept help from others too, say yes to those who offer. That was a big learning for me but it really helped. Lastly, the time in hospital is absolutely for your recovery. I had a list of people coming to visit me but once I was there we had to say no visitors. That time in hospital is all about you and your healing – body, mind and soul.