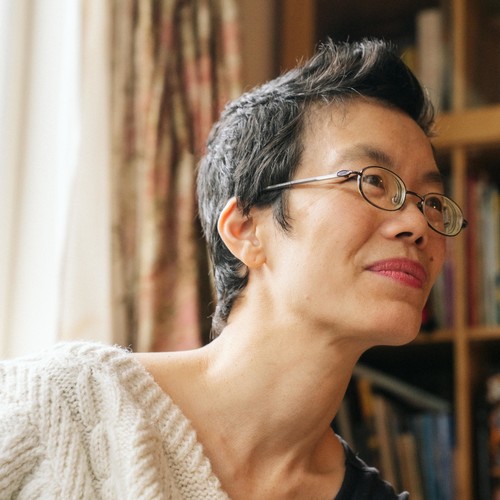 In May 2020, towards the end of the first Covid-19 lockdown, I was lying in bed and trying to pull the duvet over my chest. I missed the duvet and my hand went over my left breast, that’s when I felt a lump the size of jaffa lolly. It felt like it was stuck just underneath my ribcage. It thought it was a pimple or a cyst, but it was quite firm.

I went to see my doctor about it and he said because the lump was on the outer curve of my breast, he didn’t think it was cancer. He said sometimes women get these things and they come and go, so I should come back in a month if it didn’t go away.

By July the lump was still there so I went back to the GP. I said I wanted the lump removed so he referred me to a surgeon. He never suggested the need for a mammogram or ultrasound to check if it was cancer.

Using my medical insurance, I was able to get a referral to a general surgeon privately but my consultation wasn’t going to be until October. I didn’t think much about this for a few days, but then it occurred to me that I didn’t want this to drag out. I remembered a patient of mine who had an unusual diagnosis of breast cancer because of something called ‘mammography occult’, and so her story was stuck in my mind. I happened to see her for a check up that week so I found out who her surgeon was and was lucky enough to get an appointment with him in three days’ time.

It was just a fibroadenoma (a noncancerous breast lump), he thought, because it was superficial. He wasn’t worried at all, but still suggested a mammogram and ultrasound. Both came back fine. I then had a biopsy, just to be safe.

By now it was August, just as we were going into the second lockdown. When my biopsy results came in, they wanted me to go into the clinic but I insisted on being told over the phone. My whole world stopped when I was told I had grade 2 invasive ductal carcinoma.

I was given an appointment to see a surgeon two days later and in that time I did lots of reading online. I wanted to know about the different treatment options available to me. By the time the appointment came, I told the surgeon straight away that I wanted a mastectomy of my left breast and he agreed. I was offered reconstruction at the same time, but I refused as I wasn’t sure if I’d need chemotherapy or radiation treatment afterwards.

I had an MRI which showed there was no nodal involvement and that the right breast was clear. I had my mastectomy on 7 September at Ormiston Hospital. At the same time, I had a sentinel node biopsy. Getting those results took an hour and three pathologists deliberating to eventually say they couldn’t conclusively say anything. I had an axillary clearance three weeks later, where two lymph nodes were removed which were cancer-free.

I then went to Canopy Cancer Care, where the oncologist advised I should take Zoladex to suppress my ovaries and bring on menopause. He also said I might have some benefit from chemotherapy and suggested I take the MammaPrint test, since it was covered by my insurance. I naively thought the test would tell me I wouldn’t need chemo. But it came back saying I did, so I had to mentally prepare myself to for it.

One of the hardest things for me was finding out on the day of my first chemo session that the type of chemo I was having could result in permanent hair loss. I didn’t take that well, it felt like a real crossroads moment for me. But the next day it dawned on me – would I rather be bald or alive? Once I crossed that mental hurdle I carried on with treatment, allowing things to take its course.

After the first cycle I was surprised not to get a lot of the side effects that people generally get with chemo. I did have some bad nausea which I took medication for, but apart from that it went ok. I was tired and had joint pain, but never to the point I needed pain killers.

Nine days into my second cycle I broke out in a severe allergic reaction. I had to go to Middlemore because my lips started to swell. They couldn’t do much for me at the hospital so I called my oncologist to get stronger antihistamines to control the itchiness and pain. I had hives all over my body which took almost two weeks to go away. I couldn’t sleep, it was diabolical. My oncologist was baffled by it because it was unusual to come on so long after the infusion.

I decided to stop chemotherapy because I wasn’t prepared to go through the allergic reaction again. It was borderline that I needed chemo in the first place, and I wouldn’t have had it were it not for the MammaPrint test.

Not completing chemo caused me a lot of anxiety about the cancer returning. I couldn’t help but feel that I didn’t finish treatment so I’d be more prone to a recurrence. I went for some counselling which really helped to assure me that sometimes things don’t go according to plan but you must continue to live, and not live in fear.

I’m continuing on hormone treatment for the next ten years. I tell myself that every day is a good day and I’m lucky to be where I am. I do what I can to make good lifestyle choices, like eating better and exercising more.

The support I received from Breast Cancer Foundation NZ’s nurses was wonderful. From the very start, and throughout my journey, they would ring to ask how I was coping. They offered funding for counselling, physio and lymphoedema therapy. This helped me to deal with anxiety and allowed me to focus on getting better. Even after my surgery and chemotherapy, I still received regular calls from the nurses, and that has meant a lot to me.

I was also sent information and resources which were all so valuable. I’ve watched every one of the webinars, I love that they cover such a wide range of topics – even sensitive topics like sex and intimacy, which you sometimes feel too shy to talk about. If it wasn’t for all of this incredible support, I don’t know where I’d be today.