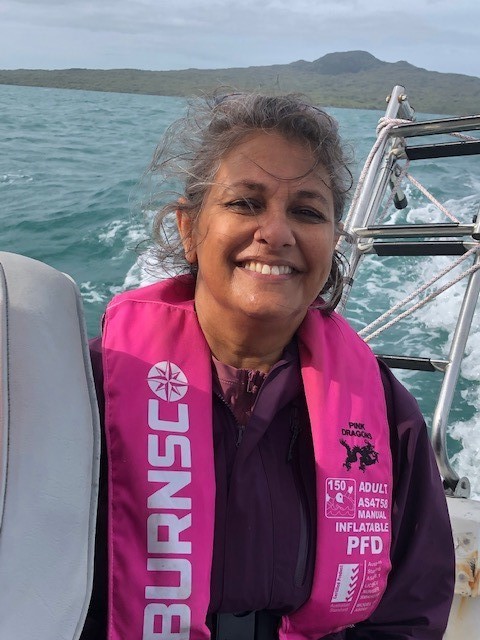 Louisa's story is part of a series looking at the many and varied experiences of breast reconstruction and the decisions behind a woman's choice to have reconstruction or not.

Louisa was diagnosed at 58 with DCIS and invasive lobular carcinoma, and choose to have delayed DIEP reconstruction. After her recent reconstruction surgery, she shares her experience.

I was diagnosed aged 58 at the end of November 2019 with DCIS that was found after my two yearly mammogram check-up. I had a hookwire biopsy under local anaesthetic prior to my operation on 8 December 2019. In February 2020, I met with my oncologist to discuss radiation treatment.

I had a second operation to clear the margins on 25 March, the day before Auckland’s Covid lockdown, where the surgeons discovered I had grade 2 invasive lobular carcinoma grade 2. On 3 April I had an MRI to evaluate the true size and extent of my breast cancer, as lobular cancers are not well seen on mammograms. I also had another biopsy taken.

On 16 April I met with a breast surgeon who advised me of my two options – partial mastectomy plus radiotherapy or mastectomy – and told me that I needed to make a decision by 20 April – four days away!

I felt overwhelmed by the short space of time in which to make a major decision. I recall the wave of emotions, grief, fear, panic, “help! what do I do?” Gathering as much information as I could, speaking to as many people as I could who had been through breast cancer, and scrolling through mybc were all helpful tools. The latter was a great source of comfort, knowing other New Zealand women were out there sharing similar experiences, feeling a connection and a sense of belonging to a new community who were compassionate, supportive, empathetic and informative. I chose to have a mastectomy as I didn’t want to be to-ing and fro-ing to the hospital with a partial mastectomy and the possibility of finding more cancer. Having had my breast tissue returned to me, I can see why cancers are difficult to pick up on mammograms with all the fat and fibre contained therein. In fact, I asked for a double mastectomy, but this wasn’t an option because my right breast wasn’t diseased. My preference was to have reconstruction at the same time as my mastectomy, but because of Covid this wasn’t an option as coordinating the plastics team with the breast surgery team was out of the question.

Following my skin-sparing mastectomy on my left breast and the removal of the sentinel lymph node, an incidental 12mm invasive lobular carcinoma was found. Before being discharged from hospital, someone from the Breast Cancer Foundation NZ visited me and discussed various bra types and gave me a foam falsie to take home and a lovely cotton bag that some kind lady had made to help patients like myself disguise their drains.

While convalescing at a friend’s bach at One Tree Point I had a phone meeting with an oncologist to discuss hormone therapy. Tamoxifen and Letrazole were both discussed as I was HER2+. The benefits of taking any treatment were small even though it would halve the risk of recurrence. In five years my risk of a second breast cancer would reduce from 5% to 3%. Because the benefits were minimal I decided against any treatment and made it my goal after reading various books, to focus on lifestyle changes, especially diet, nutrition and exercise.

I had a meeting with a plastic surgeon, who said I was a perfect candidate for Deep Inferior Epigastric Perforator (DIEP) flap reconstruction or an implant. There was a lot of information presented to me, and I am relieved that I had a year to think about it as well as do my own research. After three surgeries and countless hospital visits, the thought of another surgery did not hold much appeal, especially with the mention of further operations down the track to create a nipple, lift the other breast to achieve symmetry and tattoo the areola. It all seemed quite overwhelming. For now, I am simply pondering the next steps and not thinking too much about more hospital procedures, recovery time etc.

After my reading and research I was 90% sure I wanted to go ahead with the breast reconstruction. I had written a list of pros and cons, read widely and spoken to several women who had DIEP flap reconstruction. My husband said if it was any consolation he would like it if I opted for reconstruction. That 10% of doubt was eliminated and I felt 100% sure about making that final decision to proceed with the DIEP flap reconstruction. I was much in favour of using my own tissue as opposed to opting for implants. Given I had a skin-sparing mastectomy, I was left with an empty envelope in my left breast wall, so it seemed like the next logical progression to have it filled with my own abdominal tissue. I also realised I would suffer from FOMO (Fear of Missing Out) if I didn’t proceed. I believe I was privileged to be offered such treatment and research showed that this procedure was a big part of the healing process for women who had had mastectomies. I also went to a seminar at Auckland Medical School organised by Breast Cancer Foundation NZ where experts presented the options for breast reconstruction and the solutions.

I’ve recently had my DIEP flap reconstruction. It was a seven-hour surgery and I believe the worst is over with being woken every hour in the first 24 hours and then every second hour for the next 24 hours to check that the abdominal tissue had taken to its relocation in the breast envelope. A Doppler machine was used to check the artery was pumping blood through the breast area. I’m up to day 29 post-reconstruction as I write this blog and I’m feeling stronger by the day. I’m very happy that I finally went through with it after a year of deliberating.

I would tell other women to be very clear in your own mind and confident about what you really want, as it’s not a ‘one size fits all’ decision. Everyone’s situation is different and there are many factors to consider, such as your working life, ability to take time off work during recovery period, whether there is sick leave and annual leave available for working women, what support you’ll have post-surgery and your health.