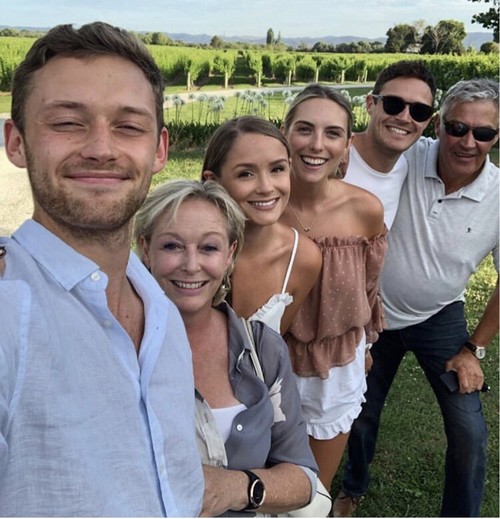 Lynley is a 56-year-old wellness coach and mother of three who lives in Marlborough. She was diagnosed with a rare and aggressive form of breast cancer nearly four years ago, when a tiny lump was detected on a regular mammogram. She says the timing of this mammogram is what saved her life, because it was caught early enough. Lynley is now speaking out as she wants women to know how crucial it is to go for regular mammograms.

I’d been going for mammograms since I was 45 and they had always come back clear, so I went along all confidently – but this time I got the result I never wanted.

I got the call back on Waitangi Day in 2017 and I remember being surprised they had called on a holiday. They asked me to head to Nelson the next day for further investigation. It was a chaotic time for me – I’d just come back from a trip overseas and we had people staying with us. My husband came with me to Nelson where I had another mammogram and an ultrasound. When they said they also wanted to do a biopsy, that’s when my heart sank.

Two weeks later my results came back – I had stage 1, grade 2 triple negative breast cancer (TNBC). I was incredibly lucky that it was caught so early; it’s quite rare with triple negative breast cancer, which usually presents at a higher grade and stage and often found when a woman notices a lump. I was surprised with the diagnosis as I had none of the risk factors associated with this type of cancer. I knew an auntie of mine had breast cancer, as did my grandmother on my mother’s side, but genetic testing found I didn’t have the BRCA gene. I wouldn’t have found my cancer if it wasn’t picked up on a mammogram as it was only 6mm. They told me that it was the smallest breast cancer that they had found in Marlborough in quite a while. I think the timing of my mammogram saved my life, because my cancer was too tiny and too deep, so by the time I’d found it myself I don’t think it would have been such a great result. TNBC can grow very quickly so the timing of my mammogram made a huge difference.

Looking back I feel that the hardest part of all of this was the waiting for results and the not knowing what treatment you would need. It was a good thing it was so small – I felt confident because it was so small – but I didn’t know a lot about the types of breast cancer. It’s not until you’re diagnosed that you start researching and understanding it all. The biggest shock was being told that because my breast cancer was triple negative, I wouldn’t benefit from hormonal treatment and that I would need chemo. That’s when I realised it was serious, but I decided that I would do everything I could to tackle it.

I ended up having a lumpectomy, followed by chemotherapy and radiation, so my treatments took up most of 2017. I was incredibly lucky with my reaction to a pretty tough chemo program. I wouldn't put my hand up to go through it again but it was nowhere as hard as I expected and my body tolerated it well with few side effects. I also learnt how wonderful friends and family can be during a time like this and how important it is to have a positive outlook.

Before my diagnosis I was studying to be a life and wellness coach. I know that what I learned during my two years of study gave me the best possible mindset to help me through all the treatment, and today it still keeps me looking at the positives. My advice: if you are unlucky enough to be diagnosed with breast cancer is not to blame yourself - be kind to yourself and take some time to grieve. The whole process is like being on a rollercoaster ride so living in the moment and not focusing on the negatives really helps. Learning some new ways to manage your stress such as meditation or yoga is also really important.

I’m now three-and-a-half years on from my diagnosis and I can’t wait to celebrate my five-year milestone. With triple negative breast cancer, I’m pleased to be past the three-year mark. It’s an aggressive cancer and can grow quite quickly if it’s still in the body, so you can have relapses. I’m pretty optimistic that all is good and five years is where I want to get to. I don’t have to have any other tests other than yearly mammograms and seeing my surgeon annually.

This year I’m volunteering for the Pink Ribbon Street Appeal, collecting at the Blenheim Countdown. I am now in a great place to talk about my experience, give back and get involved in raising awareness. A friend recently being diagnosed with breast cancer made me realise that there are so many healthy women this is happening to.

My advice to other women is don’t put off getting your mammogram, just go. I had a friend who hadn’t had a mammogram for about four years. My story encouraged her to go and I truly hope it encourages others. Sometimes we do put off getting a mammogram – we get busy and think it’s not important – but now I know how important they really are.