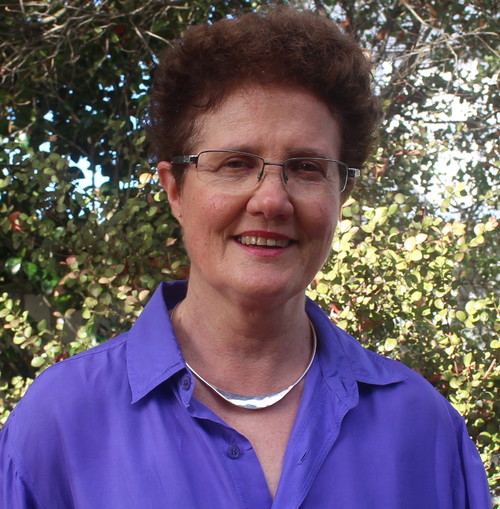 Dr Jane Simpson is a Christchurch-based poet and historian. She has taught social history and religious studies in universities in Australia and New Zealand and is an active scholar. Her work has been published in some of the leading poetry journals in New Zealand, Australia, the US and the UK. She has two full-length collections, A world without maps (2016) and Tuning Wordsworth’s Piano (2019), and a world-first liturgy, The Farewelling of a Home.

The letter never came. Because of my family history of breast and ovarian cancer, I am meant to have a mammogram every year. My mother had had a mastectomy when she was 53. Her maternal grandmother died of breast cancer aged 53. My mother’s identical twin sister died of ovarian cancer aged 64. When I was 54 I had surgery to remove my ovaries and Fallopian tubes so I wouldn’t die the horrible death my aunt had. The letter never came, and I felt some changes in my left breast.

My doctor moved swiftly. The tumour was too deep to be felt and the cancer turned out to be in the right breast, not the left. Cancer had caught up with me. My diagnosis coincided with the nation going back into lockdown on August 18. With the shift to Alert Level 4, there was an air of unreality, by then all too familiar. I was filled with rage, shock and disbelief at the cancer diagnosis. I was 63, ten years older than my mother when she was diagnosed.

I have written three poetry books and many academic articles, but in 2021 wrote only one poem and one article. My book, The Farewelling of a Home, was helping many people leaving their homes for the last time, but marketing it was death to poetry. With the diagnosis of breast cancer, the floodgates opened. In the next four months I wrote enough poems to put together a manuscript to take to a publisher.

In lockdown, unable to share my shock with anyone apart from closest family and friends, I turned to poetry. The afternoon the doctor gave me the news I went for a bike ride on my usual lockdown route round Hagley Park and past Christchurch Hospital. As I cycled through the daffodil woodland the daffodils became ‘candles to the dead’, not to fallen soldiers but to all those who had died before their time of cancer, due to the lack of scientific research. In my head I wrote the first poem, ‘Daffodil Day’. In lockdown we couldn’t ask a friend for a hug; we had to meet 5m either side of a gate. The second poem, ‘Declaration at the gate’, came out of this sense of extreme isolation. It was accepted overnight by the editor of a leading poetry journal in the United States.

Declaration at the gate

a gate halfway down the drive

a gate air passes through

an ornamental gate at first sight

a gate with a padlock I notice only later

a gate secured for the lockdown to keep strangers out

a gate to stand either side of 5m apart

a gate to stand either side of wearing masks

a gate preferable to texts, calls, email and Zoom

a locked gate keeping out hugs

my friend has the key

keeps it in her pocket

we stand at her gate

our words pass through masks

we leave small talk behind

I get straight to the point

my declaration at the gate

I have breast cancer

I read her face above her mask

The poems themselves made new things happen, both in me and in the friends and breast care nurses who heard them. The first poems, when the cancer diagnosis hit hard, were bleak and lyrical. I read leading poets who had had breast cancer like the National Poet of Scotland, Kathleen Jamie. I identified with their sense of loss. Then, to my surprise, I started to write quirky and humorous poems, like ‘First selfie’. They made me laugh and transformed my experience. They also made others laugh.

a portrait of the breast

the other breast looking on

I reconstruct my surgery

through bruises the nurses forewarned –

a lexicon of reds

How to get out of movie mode –

I was very fortunate. The cancer was Grade 2 and was caught early. Surprisingly, my marvellous surgeon said research had shown a lumpectomy to be just as effective as a mastectomy for most women. The surgery was successful. However, I was still sobered by the prospect of having a bilateral mastectomy if my mother’s DNA and my DNA proved to have any pathogenic variant (mutation) associated with breast cancer.

My mother was convinced that because there was a history of breast cancer in our family – meaning a number of individual instances – it must be hereditary, it must be genetic. Her identical twin died of ovarian cancer in 1994. This was very poignant for me because I was expecting my son. BRCA1 and BRCA2, the two major genes in hereditary breast cancer and ovarian cancer, were isolated only at this time, in 1994 and 1995. Genetic screening was developed in 1996. In 2002 my mother asked our family doctor if genetic screening was available in New Zealand.

Looking back now, it makes me shudder that in 2002 my mother wrote BRCA1 and BRCA2 on the family tree, as if writing it made it true. Many of the poems in my manuscript, ‘Imagined Scar’, are about my ancestors and the shadow that breast cancer cast over me, because I believed from a young age it was hereditary. My mother’s DNA was tested for pathogenic variants in 2004 and 2012 but the results were ‘inconclusive’. Only because of my breast cancer diagnosis the surgeon and geneticist decided it was time to determine once and for all if my mother’s stored DNA had any pathogenic variants linked to breast cancer. After what seemed an interminable wait, the results came through nine weeks later: ‘no pathogenic variants’! The last poem in ‘Imagined scar’ is about the way these results turned my life upside down. For 50 years I had believed I was ‘a ticking time bomb waiting to be triggered by epigenetic factors no-one can predict.’ It was very hard to rid myself of that feeling, that shadow, to be free of it.

Finding what helped me on this journey

Some women find self-help books of value. I don’t. I had to hunt high and low to find work by poets who had had breast cancer. Kathleen Jamie talks about mapping her mastectomy scar onto the landscape, say, in the curve of a river. That spoke to me, growing up in Aotearoa New Zealand and being a keen long-distance cyclist. Beyond self-help books, I would say look at the visual arts, music and literature, which have a universal quality. One of my poems, ‘Immortalised in art’, is about Rembrandt’s painting of Bathsheba at her bath and the power that still has for women with breast cancer.

As a poet with breast cancer, I was able to create my own images and symbols, and these transformed my experience. Now, I look forward to the day when ‘Imagined Scar’ is published and to a time when daffodils are no longer candles to the dead; that none will die before their time if scientific research into cancer can prevent it.