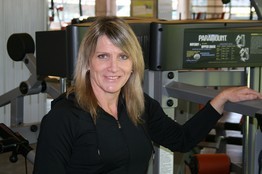 Call it a sixth sense, or as Rose puts it, “a feeling in her waters". But the moment the radiographer told her there was an abnormality in her right breast, she knew she had cancer.

A personal trainer at Les Mills, New Lynn, Auckland, Rose was living a healthy life. She never smoked; exercised five times a week and only enjoyed the odd tipple. “It’s crazy. The more women I speak to about my experience, the more they say the same thing,” Rose says.

The mother of five had just turned 43, and therefore did not qualify for public funding for her mammogram. New Zealand’s free breast screening programme is only for women aged 45 to 69, but like many women around the country, Rose had no idea that breast cancer represents nearly half of all cancers in women aged between 40 and 44.

Thankfully her “gut feeling” to get her breasts checked overcame the cost of paying for the straightforward procedure, which can range from $130 - $200. ‘‘Yes, I had to pay $180. It would’ve been better to pay nothing, but $180 is a small price to save your life. Finding it as early as I did only increased my chances of survival,” Rose, now 49, says.

Rose’s mother had died of cervical cancer at 48, making her more aware of the devastating effects of battling the disease, and her grandmother also had breast cancer. At her request, Rose’s doctor made a referral for a mammogram, but perhaps out of dread, Rose stalled on making the booking.

But there’d be constant reminders, an ad on television, a magazine article; she’d spot the BreastScreen Aotearoa mobile screening unit, until finally one of her clients talked about her upcoming mammogram, prompting Rose to make her appointment in early 2006.

The scan showed a number of cysts in her right breast.

“I was told not to worry, that a lot of women have little cysts in their breasts and it could just be a little bit of hardening. They did an ultrasound, and recommended a biopsy.

Rose was told she had ductal carcinoma in situ (DCIS), a type of breast cancer that starts in the breast duct cells. Doctors explained that Rose had a 50% chance of the cancer recurring in her left breast, so she underwent a bilateral mastectomy and reconstructive surgery. “I thought, ‘I’m not going through this again.’ I never had chemotherapy as the cancer hadn’t travelled into my lymph nodes,” Rose says.

Six years on, Rose knows she was spared further treatment by her choice to have a mammogram and subsequent surgery.

“DCIS is not a fast-spreading cancer, but I feel like if I hadn’t gone for a mammogram, would it have been too late? We should think of a mammogram like a smear test, or regular blood tests. You can live a very healthy life and not smoke and or drink, exercise regularly and not be overweight, but you can still get cancer. Go and have a mammogram,” urges Rose.