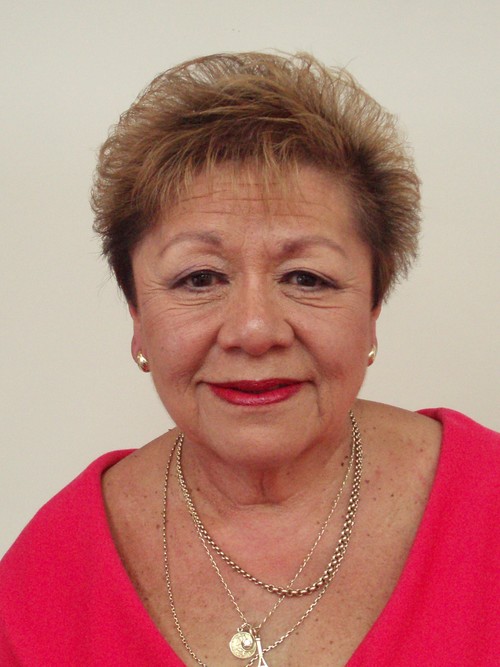 Cathy says not a day goes by that she doesn’t feel like the luckiest woman in the world. She has always been aware of breast cancer, after her Aunt Mihi died of it more than 30 years ago. Her father died of bone marrow cancer at 59, and every one of his brothers and sisters had died of some form of cancer. So from the age of 40, Cathy had regular mammograms and checked her breasts. In 1995, aged 45, Cathy noticed a rash around her right nipple. Then the nipple started to bleed.

She went straight to her GP. He told her right then and there that she had Paget’s disease, or cancer of the nipple. It was a huge shock for Cathy. Even with her family history she hadn’t ever really expected to get cancer. She was sent to see a surgeon within a week. He took a biopsy and within a few days she was booked to go into Bowen Hospital to have her nipple removed.

After Cathy’s nipple was removed she was given a bone scan. To everyone’s shock she had an aggressive tumour in her back, behind her breast. She had been suffering from a sore shoulder for some time. It turned out that the carcinoma of the nipple had in fact been a secondary cancer from the large tumour behind her breast.

The surgeon told Cathy he could take the tumour out bit by bit, but she wouldn’t live long if he did. Cathy told him to get rid of her breast. She had private medical insurance, and was in Bowen Hospital for four days after her mastectomy. When a friend arrived the day after the operation, Cathy was sitting up in bed, her hair blow-dried, her face made up and her nails newly polished.

It was important for Cathy to have a reconstruction done, but because she had a scar running the length of her stomach from a previous accident, the surgeon couldn’t take anything from there for the new breast. While the work began on her new breast at the time of her mastectomy, it was another three months before it was finished. She first had to have her skin stretched with regular saline injections, then she was given a saline implant.

The cancer was diagnosed early, and when the surgeon took out 17 of her lymph nodes, all were found to be clear of cancer. But, two years later she had to have a lumpectomy on her other breast. Afterwards the surgeon told her the lump had been borderline and was on the verge of becoming cancerous. Altogether Cathy has had five operations on her breasts but has never had to have radiation or chemotherapy, for which she is very grateful.

Cathy was shocked to find out only last year that her aunt’s breast cancer had been exactly the same as hers. Cathy’s cousins told her they remembered watching their mother rub cream onto her bleeding nipple and crying. After she died it was discovered she had cancer in both breasts. There were also two cousins on Cathy’s father’s side of the family who had breast cancer.

After Cathy recovered from her mastectomy she continued her job as a medical rep selling drugs to pharmacists. She was the regional manager and had a lot of responsibility. After her surgery she also decided to do a medical representative degree, which took three years. A few years after her recovery Cathy decided to change jobs. She decided she didn’t want any more stress in her life.

Ever since, she has been working as the Yves St Laurent counter manager at the duty free store in Wellington International Airport, loving every single day and making friends from all over the world. Cathy has always been a tap dancer and even takes her shoes along to work occasionally and has a wee dance in between flights. Sometimes she meets women who have had breast cancer, and recognises them because of the special sleeve they wear to combat lymphoedema while flying.

One day a Chinese woman and her husband came through. She wanted to buy some moisturiser for her skin, which was dry from her chemotherapy. She and Cathy ended up talking for ages. Afterwards her husband came up to Cathy with tears in his eyes thanking her, because until then his wife hadn’t wanted to speak to anyone about what she’d been through.

Cathy works a split shift at the airport, starting every day at four in the morning and working until 8am. She then goes off to exercise, have lunch with friends, and often has a nana nap of exactly 40 minutes. She returns to work from one until four in the afternoon. Most days she and her friend Jan go on a long walk. Cathy does Pilates two or three times a week, some recreational tap dancing, and also plays tennis. She used to do body combat after her operation, as she has always been determined not to get what she calls ‘Hello Helen’ arms, which she describes as flabby. But the surgeon told her to give it up as all the jumping around wasn’t good for her.

Cathy hasn’t developed lymphoedema, although her hand has swelled up a few times, especially when she’s been in the garden. It can also swell up after walking so her surgeon told her to keep her hand up on her shoulder. She doesn’t do that but tries not to swing it too much if it’s getting puffy. She’s been taught how to drain her lymph system by the Cancer Society’s massage therapist. Cathy swears that helps keep lymphoedema from developing. It’s important to Cathy to keep fit and she believes it helps keep her in a positive mental state.

Cathy co-facilitates a breast cancer support group in Wellington. The women meet for lunch once a month, to talk and sometimes cry, but mostly they have fun. Many of them are just finishing their chemo when they join the group and it can be hard for them, especially if they are young and have families. Cathy never forgets how lucky she has been when she sees what some of the women have to go through. She also acts as a support person for women who have just been diagnosed or are still in hospital after surgery. Her surgeon had asked someone to come and visit her when she was in hospital but they didn’t turn up, and the surgeon was upset about it. Cathy decided she didn’t want that to happen to other women, so when she was asked to be a support person she quickly agreed.

Cathy has had fantastic support from friends and family throughout her experience with breast cancer, including a lot of people she knew from her time on the road as a rep. She has always had someone to talk to. She says she is very strong minded and was always determined to get through it.

Cathy loves travelling. She has been to Hawaii six times, and as she has brothers in Australia, she has been there often. She’s also been to Europe, and is planning another trip. In preparation, she is learning Italian. Her father was in the 28th Maori Battalion in World War II stationed at Monte Cassino.

Cathy has never married. She’s been proposed to many times but has always loved her life too much to give it up. While she doesn’t have children, she’s very involved with many of her friends’ and relatives’ children. Recently she had to look after two of her nieces in Sydney while their parents went on a cruise. They were 18 and 16 at the time. One night Cathy let them have 12 friends stay over. She took the opportunity to show them all how to check their breasts for lumps. Cathy’s nieces are very aware of breast cancer and the risk factors in the family.

Having had breast cancer is like a little dark spot that never entirely goes away. Cathy has a mammogram and ultrasound every year at Wakefield Hospital and also gets her surgeon to regularly check her breasts and implant. She gets a tingle of nerves and a funny feeling in her stomach around that time. But it’s nowhere near as bad as it used to be.

Cathy loves every day. When her feet hit the floor at ten past three every workday morning she feels wonderful. She feels as if she’s got the chance of a lifetime, a second chance at life. And she is determined to make the most of it. Every day now seems so special since she had breast cancer, and she will no longer put off anything until tomorrow. She just feels so incredibly lucky to be alive.