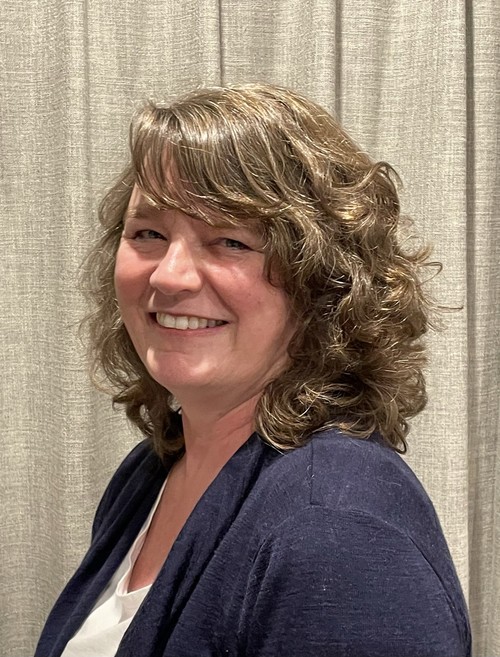 Suzie's story is part of a series looking at the many and varied experiences of breast reconstruction and the decisions behind a woman's choice to have reconstruction or not.

Suzie was diagnosed with triple negative breast cancer at 47, and was told that she would have to delay her reconstruction until she reached the milestone of two years’ cancer-free. She shares her experience of delayed reconstruction and the advice she would give to other women…

It was just a small lump in my left armpit. I was 47. I had been feeling a bit under the weather for the last few days, so the obvious explanation was swollen lymph nodes from fighting a mild infection. Little did I know that only four days later I would be told that I had breast cancer and just 12 days after that I would be in the chemo chair.

From the outset I was told that because I had stage three triple negative breast cancer I would need neo-adjuvant chemotherapy, followed by radical left mastectomy and lymph node removal without reconstruction, then radiation therapy. Later I was offered further oral chemotherapy and infusions of zoledronic acid. These additional treatments were described to me as the icing on the cake. Because my cancer has a very high rate of recurrence in the first two years, I was told that I could not have reconstruction until I reached that milestone. The reason for this is that reconstruction could hide any recurrence and/or delay the treatment of a recurrence. I opted to have a double mastectomy as a preventative measure, and to maintain symmetry, and I consulted with a plastic surgeon about my very limited options for reconstruction early on. Given my build, and the radiation therapy treatment that I was yet to undergo, we agreed that pretty much the only suitable method of reconstruction was a DIEP flap, where the surgeon removes a section of skin and fat from my tummy and uses it to create new breast mounds on my chest.

After a scan to check that my blood vessels were suitable for DIEP flap reconstruction, I was put on the waiting list and told that I was on track to get the surgery at about the two-year mark. Back then two years seemed like a very long time to wait, and although I understood the reason for the wait, I found the news very upsetting. Because my mind was so busy dealing with the side effects of chemotherapy while attempting to hold down a responsible full-time job, I didn’t have time to think much about my soon-to-be new body shape until the mastectomy date was almost upon me. That was when the distress started to hit me, so it was hardly a surprise that after my mastectomy I could not look in the mirror at my bald head and flat chest without crying.

Before my diagnosis my hair and my bust were the two parts of my body that I was most proud of. Losing them both was very distressing for me. I’ve got my hair back now, with a bonus that my new hair has less greys than before! Even though my prostheses are cumbersome and a little sweaty I wear them every day because I still hate the flat look on me. I don’t feel womanly without breasts. My husband has been incredible, and constantly tells me he loves me for me, and he still finds my body attractive. But I still have negative feelings about my body shape, which I try hard to hide from my two daughters because I don’t want to model poor body image to them. The waiting is hard. Really hard. It stops me from closing the ‘breast cancer chapter’ of my life.

In order to give myself time to heal physically and mentally, I left my job at the end of last year. It was an extraordinarily difficult decision because I loved my work and the people I worked with. They had supported me through all my treatment and working had been a great distraction from the distressing thoughts that pop into your mind at inopportune moments when you are facing a life-or-death diagnosis like cancer. The free counselling sessions from the Breast Cancer Foundation NZ and my local hospital have been important support channels and I’m finally beginning to feel the positive effects of taking time out to reset myself. I’m ready to move on, but I am still waiting for a date for my reconstruction surgery.

It’s now been three years of waiting. My reconstruction has been further delayed due to the plastic surgeons being busy treating burns victims from the Whakāri White Island tragedy and the effects of COVID-19. I was recently told that there are only three women on the list ahead of me, but they expect it to be approximately six more months before it’s my turn. I find it astonishing that it takes so long to do only three surgeries, however I know that every time another woman in the Auckland area is diagnosed with breast cancer and is eligible for immediate reconstruction, she needs to jump the queue in order to quickly remove the cancer from her body.

I am constantly aware that my treatment is far from over. DIEP flap reconstruction is major surgery, and the recovery period will be long. Once I recover from the first surgery, there is still fat grafting, nipple reconstruction, and areola tattooing to follow. It will be about a year before my treatment will be finished and my reconstruction is complete. The long wait is affecting my ability to make plans relating to getting a new job, organising holidays, and large family events such as big birthday celebrations and my daughter’s upcoming wedding, because I cannot predict when I will be called up for surgery, and therefore if I will be fit to participate. It is frustrating that I cannot put my diagnosis behind me just yet. I’m looking forward to getting on with living my life, free of cancer, and with beautiful new boobies and a flat new tummy into the bargain!

If I were to offer advice to women facing delayed reconstruction I would say:

Stay in touch with your treatment team about the timing of your surgery. Tell them how you feel about the delay and make sure your expectations of timing are realistic.

Expect delays. Being on the waiting list does not mean you will get the surgery at the time you were expecting.

Don’t make the mistake I made of refusing to accept your flat chest because you think it won’t be long until you have your surgery. Work on accepting your body as it is so that you can fully appreciate the aesthetic of your reconstruction when it eventually happens.

Talk with others about what you are feeling. It may be a friend or family member, a counsellor or doctor, or join a support group like mybc. Talking helped me put things in perspective.