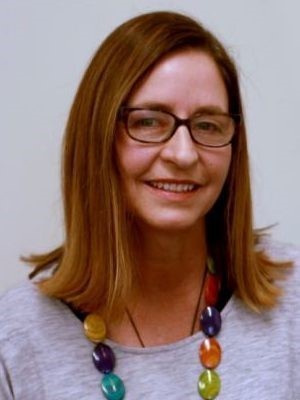 Juliet's story is part of a series looking at the many and varied experiences of breast reconstruction and the decisions behind a woman's choice to have reconstruction or not.

Juliet was diagnosed with breast cancer at 59. After a bit of a rollercoaster with treatment, she opted for reconstruction with an implant.

I come from a family with no history of cancer, so when I was recalled after my routine mammogram I went back expecting it to be a false alarm. I popped in for what I thought would be a short visit and didn’t even tell my husband.

When I arrived I was first seen by a surgeon! I was not quite sure why, so she explained that there was a ‘bright’ spot on my mammogram film that they wanted to explore further. I was to have further testing and should they find anything of concern they would talk about surgical options. I have to admit that I blocked out most of that conversation still thinking that the findings would be normal and that anything surgical was what happened to other people. A few hours later I was told, that I would need a core biopsy and that they could do that in a few days. I really thought, no worries, all will be fine.

I went back for the biopsy and then waited a week to get the results. I continued to be optimistic, although I did google everything I could find about breast cancer. When I went back for the results I took my husband Jack with me and was so glad that I did. I was found to have low grade invasive cancer associated with ductal carcinoma in situ (DCIS). I was completely shocked, so having Jack there meant that he heard much more than I did.

I subsequently had an MRI which found more tumours and I agreed to book in for a hookwire excision and sentinel node biopsy. The plan was that if all was clear I would then have a six-week course of radiotherapy and I would be done! Sorted!

Sadly, not sorted. My sentinel node was clear but not the breast tissue. I had a long talk with the surgeon who offered me a mastectomy or another go at excising the remaining tissue to conserve the breast. The thought of having a mastectomy terrified me so I agreed to another wide excision and was booked in again within 10 days. Surely second time lucky, right?

Nope! All of the invasive cancer was gone but there was still low grade DCIS. By this stage I had prepared myself for this possible news and had read widely about mastectomy and reconstruction. I agreed that this was the most sensible treatment and it was almost a relief to know that this time the cancer would be gone. By having the mastectomy it also meant that I wouldn’t have to have any radiation which was the only upside to all of this. However, it all still terrified me. Losing a part of your body that you know and like was hard to deal with.

We met with a plastic surgeon to talk about options. Ironically I had been focusing on my fitness over the last few years and had lost about 10kg in the last two years, so when I met with the surgeon he said I didn’t have enough tissue for a flap reconstruction and my only option was to have a silicone gel implant. The upside of this was that I would need only one operation, so I booked in for a mastectomy, implant reconstruction and a breast lift for the unaffected breast. I felt really clear about wanting reconstruction. I have spoken with women who have chosen not to have reconstruction and the ongoing hassles they have with prostheses. I didn’t want to go there.

My expectations going into surgery were many. I expected to feel some grief and also the thought of having a three to four-hour surgery was a little frightening. I worried about how I would feel seeing my new breasts and how long it would take to recover. I was told that I couldn’t use my arms for three to six weeks so as to avoid disrupting the placement of the implant and underlying tissues. I was also told to expect to feel very tired for a while.

I remember seeing my new breasts for the first time in the hospital bathroom mirror and thought to myself, ‘whose are those?’ It looked like a 20-year-old’s perky breasts on a 59-year-old body. Very bizarre! I was in hospital for four nights, and it wasn’t very painful other than the drain site. The drain came out after a week and I started oiling my scars twice a day. It was hard not being able to do much. My darling husband even helped me wash my hair. A wonderful friend bought me a new pair of silk pyjamas and I felt very flash in those. I also recommend that you move everything in your kitchen to within reach, so you don’t have to reach for anything.

I am now just over four months’ post-surgery. My implant breast is a lot firmer than the other one and doesn’t warm up on a cold day – even after a run! I can still feel some stitches, which feel like small peas under the skin’s surface. The most easily irritated area were the scars under the breasts but that only lasted a couple of months. I have no discomfort at all now.

I was certainly tired in those first few weeks but was back running six weeks after the surgery – I got a “shock absorber” sports bra! I took it slow but I am now back to my fitness level pre-surgery. My breasts look incredibly symmetrical and I am really happy with the results. I was planning to get a nipple tattoo in a year but I am getting used to how I look now so may not.

So all in all, I am the good news story! No one should ever doubt the value of mammograms. I had no palpable lumps, no family history but the screening saved my life. I have completely different-looking breasts from before and it’s been, at times, harrowing but I am alive and well and so far cancer-free. The support I had from my medical team, family and friends was what got me through and I am forever in debt to them.